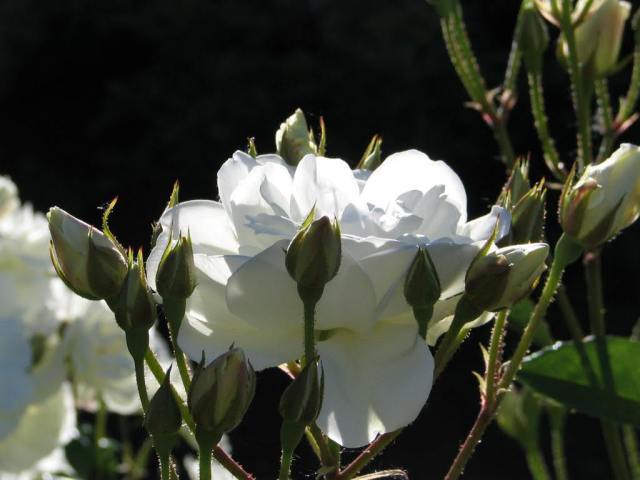 Two days ago my blog, disappearinginplainsight, got its 100th follower. I can hardly believe the way this whole blog experience has worked out. Seven months of blogging – 54 posts – almost 2900 views – 251 comments! Wow. If I sound proud, it’s because I am.

I remember back to the summer when I started the blog – I had one follower – a friend who is also a Word Press blogger. One day a Facebook friend signed up as an email follower. Then out of the blue – a total stranger was following me. I was thrilled. The next week this person dropped me and I was devastated. I took it hard – what had I done to be dumped? How had I failed my newly attracted follower?

Bruce always says he doesn’t like the expression – followers – sounds like Jones Town Massacre time or something. No cyanide laced Kool-Aid on this site – I promise. I welcome all followers and promise to do my best to be worth following.

I’ve been trying to decide on a past post to feature as my best of 2012. But what criteria should I use to decide? At first, I thought – the post with the most “likes”. But we all know that “likes” alone can be a bit suspect and if I did go with that criteria, I’d have to repost a Weekly Photo Challenge on the topic  Delicate    32 likes. But this post was a collaboration with my photographer husband, Bruce. That seems a bit budget to me. Don’t get me wrong – I love the post – the photo and the Walt Whitman poem seem meant for each other – but this is my blog, after all.

Maybe I should repost the blog that generated the most comments? That would be,   I had no idea . . . Ten things I’ve learned about blogging     28 comments – but keep in mind – half of those comments are my responses to other people’s comments – still a decent dialogue. But it’s a pretty recent post – maybe better to highlight something further back.

Should I go with the post that has generated the most search engine results? That would be,   Flight – A good movie for a Writer to See.     But I don’t think a lot of those people who plugged in the words – is Flight a good movie – expected to end up at my blog, so maybe not. Though the way the title worked to generate so many hits is a good lesson in being searchable.

In the end, I decided to look closely at my list of posts and see which one jumped out at me – which post really meant a lot to me. I’ve decided to highlight –   Gatekeepers and Gateways    – as my favorite post of 2012. It was published back in September – a good month to think about teachers and teaching and the way some teachers open the gates of our learning and others slam them shut. If you’ve never read this post, I hope you’ll click on the link above and give it a read.

Let me know which of the posts you liked the best.