Deep into the editing process for The Light Never Lies, I had an idea for getting a better picture of the overall structure of the novel. The book consists of fifty chapters, approximately three to six sections per chapter and about 140,000 words in total. It’s easy for me to lose sight of what’s happening at the beginning of a section or chapter and what happens at the end.

So, here’s my brilliant idea. I created an outline of the entire novel that consists of a page for each chapter. Listed on each chapter page is the first and last line of every section. It took a while to put this together but even as I worked on it, I saw where immediate changes needed to be made.

One chapter got a total rearrangement. Looking at the starting and ending line of each section made it obvious that a middle section needed to be moved to the end for better flow. After the rearrangement, the chapter concluded on a much stronger note.

I was able to pinpoint a couple of problematic point-of-view issues. My novels get in the heads of a number of characters but I try not to head hop in such a way as to confuse the reader. A section usually starts from one character’s perspective and ends that way, as well. Of course there are exceptions – a large gathering might include a few character voices. Studying the starting and ending lines for each section had me patting myself on the back at times for my genius and throwing my hands up in the air, at other times, when I realized that the line that established the essential point-of-view was halfway through the first paragraph instead of right at the beginning.

I had suspected that I had fallen into a lazy habit of ending scenes with people slamming out of doors. Alas, it was true. With my handy-dandy document printed and in front of me, I underlined the actual number of times this happened through the entire novel – yes, it was way too many. I made the appropriate changes.

I haven’t yet begun to mine the information contained in this fifty page document. Last night, I was able to pinpoint the exact spot where every major story revelation occurred. I asked myself if the timing was appropriate. I woke up in the middle of the night knowing an additional section was needed, near the end of the novel, to reinforce an epiphany for one of the main characters.

Here’s an interesting aside. It is only at this stage, that the strength of the overarching themes in my writing become clear to me. The story is revealed to me in ways similar to how it is revealed to the reader.

Just as an outline of major points helped guide the initial creation of this story, an outline of how each section begins and ends helps me to see where the structure needs reinforcement. I know this idea can’t have originated with me. After all, there is nothing new under the sun. But, I did think it up on my own and I’m thrilled by the manner in which this structural editing outline has become another valuable tool in my writing workbox. 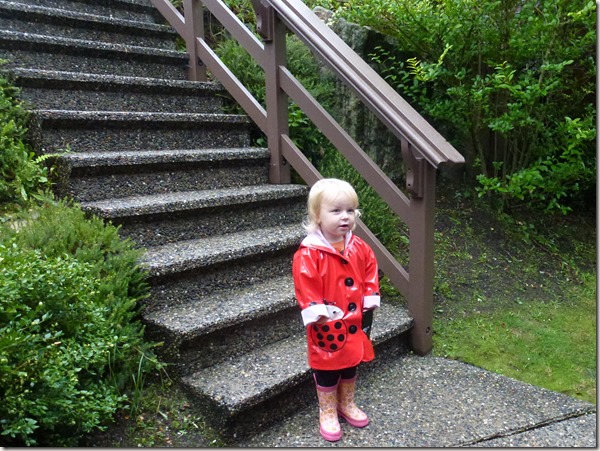 Brit says – seems like a brilliant idea to me, Grandma. Now let’s go for a walk.

16 comments on “A Structural Editing Outline”