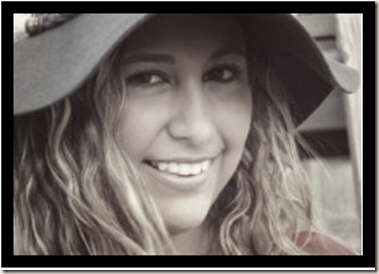 Today’s post will be the first of two featuring writer, Laekan Zea Kemp. She is author of three self-published books. Yes – I’m serious – three! I’m thinking this young lady must be doing more than a few things right in the writing world! I’ve been following Laekan’s blog for a while and when she recently put out a call for bloggers interested in hosting her as part of a blog tour, for her new release, Breathing Ghosts – I bit. I found myself wondering why this approach to putting together a blog tour had never occurred to me. Just ask the people who already follow you. After all, they follow you for a reason, right? How brilliant is that?

I purchased her book, read it and did a review.

Feel like going on a fast-paced, quirky journey of emotional self-discovery?

In her novel, Breathing Ghosts, Kemp does an amazing job of exploring the varied dimensions of grief through the eyes of her troubled protagonist, River. The reader is drawn along with the suffering young man as he literally journeys through the painful loss of his dead girlfriend, Nia. For years, Nia worked on a map in the desperate hope that she and River could escape the boxes that their families were determined to seal them into. After her death, River runs wild across state after state, chasing Nia’s ghost, finding a few friends along the way and dropping in on the most out-of-the-way, quirky tourist attractions one can imagine.

The author allows River and Nia’s story to unfold, over the course of the young man’s journey, through a series of well-placed flashbacks. They have been high school sweethearts but, two more opposite young people one is not likely to meet. Nia is a born adventurer. In her own words – she is not afraid to get lost in things that might disappear. River is trapped in a web of intergenerational dysfunction that binds him to an emotionally unavailable mother and a violently abusive step-father. River is filled to the bursting point with fear. By the end of the book the reader longs for the same lesson River so desperately needs. “Because maybe the truth is we are all made of star stuff.” We have to let go of the past and move forward – there is no other choice.

Kemp brings it all to life with stunning descriptions. This little gem is Bourbon Street in New Orleans, “. . . the sulfur smell of the pier dribbling in with hints of cayenne and gasoline . . .” At another stop, River learns that, “Makin’ things ain’t about being right or wrong. Makin’ things is about takin’ a piece of you and leavin’ it for the rest of us to find later.” Kemp has certainly taken these words to heart and has given us a stunning piece of her own imagination.

I would recommend this book for mature young adults and for anyone who wants to go on a fast-paced journey of emotional self-discovery. And just check out that cover art – a perfect fit for the story.

Breathing Ghosts is available through Amazon.com – check it out here.

You can find Laekan on Twitter and Goodreads as well.

Tomorrow, Laekan will appear on the blog for a guest post. I’ve asked her to share some of her experiences along the self-publishing journey. Please stop by and hear what she has to say.