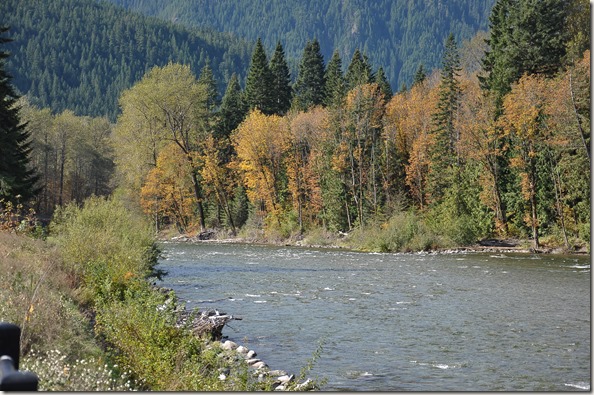 I am happy to welcome Ron Geigle to my blog today as part of my special location, location, location feature. Ron is the author of a stunning novel entitled, The Woods. In his guest post, he has been kind enough to share his own connection to the specific location that has influenced his writing.

Take it away, Ron

One of my earliest memories—I was about five—is of the terrifying screams of a woman several houses down the road who had just learned that her husband had been killed in the woods. He was hit in the head by a broken limb. I was riding my tricycle, but hurried inside at the behest of my mother. 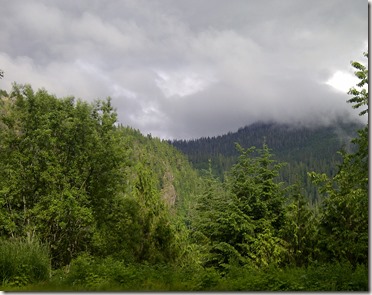 Where I grew up—in a valley on the west side of the Cascade Mountains in Washington state, very similar to the setting in which my novel, The Woods, takes place—the mountains and the woods were where the earth touched the sky. To the east of our house, the horizon was a jagged line of soaring, snowy peaks; on the west, it was green-black forest.

Most of the men in the community worked in the woods—hard, back-breaking work. And such dangerous work, where whipping cables and falling trees were just the start. Young men, when they got out of school, went to work there too. They didn’t have a lot of other options.

Maybe it was because this was how our community lived, and how so many of its members died—or how the forest and mountains defined every part of our lives, sun-up to sundown—that I wanted to write a book about the woods. Or maybe it was the stories my father told me about the years he spent up there as a young man. He used curious words that, to me, rung of Americana—riggingslingers and whistlepunks, to name two. And, of course, I heard from him tales of the brawny, foul-mouthed axe men, the union zealots, the many drifters trying to make their way, as well as of the ordinary men who were churchgoers and family men. All of this, I suppose, made me want to set down this hard, yet often heroic kind of life, in words.

But that’s still only part of it. Growing up amidst these natural wonders made we want to tell about them. I loved the woods. I loved the dank and mossy smells; how you could stand amidst soaring firs and not even see the sky.

I hiked in them and played in them. Fished the lakes that you got to only by laboring upward for five miles, then dropping down another on the other side, to reach a lake of pristine blue, packed with rainbows. From the tops of the ridges where the Pacific Crest Trail travels, you could see ice-caked mountain tops for miles, craggy granite ravines below, and trees—the mighty Douglas firs, mostly, that covered the valley floors and the shoulders of the steep mountains and that ran every direction the eye could see.

To me, these were, and are, natural monuments. They defined our existence, even as they confined it. They provided such beauty and life; even as they brought fear and death and hardship.

Although my novel is about logging, it is also about other things. One of them is the spiritual aspect of things, of life. For me, and many of the characters I write about, these mighty firs and these granite monoliths—unmoving, ice-capped, powerful—take on a presence far beyond their physical manifestations. The loggers may log, the hikers may hike, and men and creatures may move in and about the woods, but the unfettered, god-like power of the natural world prevails—no, dominates. The trees, the streams, the hawks, the snowcapped peaks, even men, are but texts from that natural bible.

Here is my review of Ron’s book, The Woods

Landscape Artist of the Word

The Woods is an amazing book – a sweeping examination of an era, an industry, and the political forces that swirled around both. But more than that, it is story of emotions and relationships that are timeless.

I would describe Geigle, the author of The Woods, as a landscape artist of the word. His descriptions are so finely layered and crafted, whole pages flew through my mind as if I was watching a movie. If I close my eyes now, I can see the trestle bridge that spanned the Three Sisters Ridge, high up in the Cascade Mountains, the depression era streets of the town of Seakomish, the remote Skybillings Logging Camp, the Shay locomotive chugging along, loaded with huge logs, the shantytown – Hooverville – on Seattle’s waterfront.

This review would be remiss if it didn’t highlight a few snippets of Geigle’s descriptive voice. In every case it is the juxtaposition of images that is so riveting. The horizon swam from its blackness to a murky grey; St. Bride hitched up his pants over a melon belly; he scrambled easily over the matchbox chaos of fallen firs; the feathery blue water of Puget Sound; most people wrote him off as another meaty logger, uneducated and coarse; describing the city of Everett – a small, ugly fighter, never standing a chance in the fight; describing the Seakomish River – the white-water anger at the upper elevations churned clouds of pine needles; ravines so steep winter leaves only on the summer wind; an image of the loggers at work – stripped to their waists, the steam rose from their shoulders as the sharp curls of red, oily wood sprung outward from the ends of their saws, like spools of confetti in New York ticker-tape parades; and finally, Lummi Island – rising like a humpback whale out of the water.

Combined with the ability to paint an incredibly clear picture, Geigle has created characters that stay on the reader’s mind long after the book has been completed. The multiple-viewpoint perspective has been done flawlessly. We hear the story through the eyes of Albert, an eighteen-year-old working up in the bush with the scepter of his own father’s logging-accident death hanging over him. Albert is wise beyond his young age, a thinker, a lad open to the swirling, mystical landscape that surrounds him. Bud Cole, a man trying to breathe life back into a small logging operation he lost in the worst years of the depression, haunted by so much of his past he is willing now to risk all. Lydia Weissler, Albert’s mother, a responsible school-teacher trying to rebuild her life in a relationship with Claire Ristall, union organizer and slick talker who would seem to be the perfect catch.

My hat is off to Ronald Lee Geigle – he obviously set out to write a blockbuster and he succeeded. A brilliant story, artfully crafted against stunning settings, with nothing at all in the way of editing, proofing or formatting issues to distract the reader. Well done on all fronts.

You can find The Woods at Amazon.com or at the iTunes Store.