Silk for the Feed Dogs, by Jackie Mallon  simply blew me away and I’ve been waiting with bated breath to be able to share Jackie’s guest post and my review of her book. Let’s get things underway with a short bio.

Jackie Mallon is an Irish writer and fashion designer living in New York. After studying at London’s St Martins School, she worked in the world of high fashion in Milan for eight years, stockpiling stories for the novel she didn’t know she was gearing up to write. Jackie is a trained Irish dancer, a secret calligraphist, and needlework enthusiast. She enjoys sketching trees and rainy weather – not necessarily at the same time – and running marathons. She learnt Italian from reading Harry Potter with a dictionary on her daily tram commutes in Milan. She was once a dreadlocked petrol pump attendant and lived above a South London pub frequented by Cockney gangsters.

Take it away, Jackie.

Milan is always hidden behind a veil. Even in the height of summer when the sun is at its brightest, her features are swathed in something resembling mesh. As Italy’s biggest industrial city, it’s also the most heavily polluted. Streets are quaint and narrow but throbbing with vehicles roaring their diesel engines, spewing fumes, and vying for position while mopeds play chicken with well-dressed pedestrians.

Her buildings are spice-colored––mustard, saffron, paprika, garlic and ginger––but smeared with vibrant turquoise or lime green graffiti. The streets are cobbled just like in ancient times but the cracks are grouted with cigarette butts.

The canal area where I lived is as pretty as any Amsterdam equivalent but the water is scummy and a rusty bike protrudes briefly from the surface. In the Porta Venezia neighbourhood, a ratty double door with a single bar latch and in need of a coat of paint staggers open and a trim, expensively attired woman with thick chestnut hair exits sliding her sunglasses onto her nose. Before the doors meet again with an indecisive click, we are provided with a glimpse of the leafy courtyard within. There, stalking between the stone fountains against the dense foliage, as breathtaking as a finale of models on the catwalks of fashion week, is a pageant of flamingos. Long-necked, twig-legged, haughty as international covergirls, they are unapologetic about sporting fuchsia at teatime.

This is the Milan I know and crave. Contradictory, effusive yet unforthcoming, confusing to strangers, capricious. It’s been eight years since I left but my head still teems with the sights, sounds and smells of her. For a decade I designed clothes for some of the biggest names in Italian fashion. After, in desperate need of a receptacle to deposit my stories, I wrote my novel Silk for the Feed Dogs and was able to revisit her in my imagination every day for three years. As I typed I heard the emptied espresso cup striking its saucer; I sidestepped the sunbaked pretzel-shaped dog poop in the doorway of the museum containing Canalettos and Caravaggios; I lapped at the gelato alla stracciatella; my ears protested the shriek of tram wheels; my tongue reacquainted itself with florid curse words… 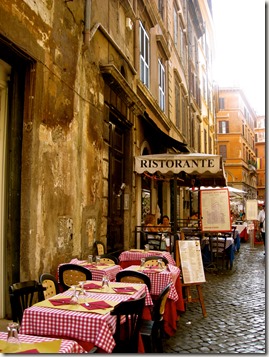 The fashion industry is a natural stage for theatrics, Italy the home of the commedia dell’arte. But I wanted to avoid the glib, superficial tone female novelists always adopt for the worlds of glamour and beauty. I wanted my story to be humorous but poignant, and as layered as Milan herself. There is nothing one-dimensional about her. She is one complicated dame. Her flaking stable doors open to reveal gilded and majestic high-ceilinged palazzi. She doesn’t care if you walk by, oblivious to her unsignposted charms.

Her masterpiece is the Italian fashion industry, glittering and glamorous, but home to as much hierarchical scheming as the court of King Henry VIII. She keeps a pride of artisans sequestered away in hillside laboratories assembling skins of calf and snake by hand, their process shrouded in mystery, yet she permits daily public spectacles in the piazza during which the anatomies of passing females are picked apart by packs of slavering men. Milan considers a handbag a precious thing but a woman a plaything.

Quite the character, she refuses to pose for photos and will not be summed up in tourist friendly clichés. She is not Florence or Venice where the sun is brighter. In Silk for the Feed Dogs, I aimed to strip her of her veil and present her, flaws and all.

I think she liked it.

Five-Star Review for Jackie Mallon’s, Silk for the Feed Dogs

Let’s start with a salute to a brilliant title. Feed dogs are the mechanical part of a sewing machine that feeds the fabric through and under the needle. The word silk says everything anyone would ever need to say about the pure sensuousness of fabric, hinting at so much more. And thus it is with Jackie Mallon’s book – we are fed through an amazing story like a piece of fabric through a sewing machine.

The story plunges the reader into the world of high fashion, careening around the cobbled streets of Milan, from the sacred halls of the Fashion Houses, to the bursting with life neighbourhoods and the pulse-pounding nightlife. Most of us, like Kat’s hapless Italian teacher, are, “as far removed as you can get from the world where she-wolves and lionesses fought over handbags.” And yet, because Kat is our guide we find our way.

We follow Katherine (Kat for short) Connelly as she weathers a shattering failure to conform to the norms of St. Martin’s Fashion School in London, to work with the eccentric and psychotic rip-off designer Lynda Wynter, to the glitzy and surreal Intermezzo Fashion House in Milan run by the constantly wreathed in cigarette smoke, Rosalba and finally to the hallowed halls of the House of Adriani. Kat, the daughter of an Irish farmer-father and a seamstress-mother who specializes in curtain making, is as much an outsider to these worlds as the average reader. “I was the pretender; the hick who had rolled into town in stolen Chanel and deceived everyone.” Kat can’t help but shine a different lens on the world of fashion she has plunged head first into.

In Silk for the Feed Dogs, the reader will find the perfect mix of breath-taking action, fast-paced dialogue, come-alive settings and characters you’ll meet only once in a life-time. Mallon renders each and every location with a confident and seemingly effortless use of description that never bogs the story down. Her characters jump off the pages. One attractive Italian has “the head of a devil and the air of a shipwreck.” Her nemesis employer, Lynda Wynter has, “ratty highlighted hair, the mistreated coat with this season’s shoes, all accessorized with her unique air of vagrancy.” Her words are fresh, providing more than a few aha moments in which the reader sees exactly what is being described.

The thread of Kat’s farm background weaves through everything. It has shaped who she is and how she thinks. A co-worker has a face that is, “small and pretty, as pale as a bowl of fresh goat’s milk.” Kat’s first taxi drive through Milan consists of, “zipping around sharp corners of handsome buildings, like a beast pulled up short by an invisible electric fence.”

The author makes no bones about showing us the toll exacted from those living at the higher altitudes of fashion, breathing the rarefied air of The House of Adriani – run by a designer of mythic proportions. “When Signor Adriani provided the rage, the building’s acoustics provided the transport.” Enough said.

Of all the well-drawn secondary characters, my favourite was Silvia– the aging, voluminous of body, head of the technical department who has spent her life worshipping the ground Signor Adriani – her Il Maestro – walks, while he abhors and ignores her. She was once fashion-model thin and glamorous but that is the past. “The difference in the Before and After was the stuff of fables. It was the result of eating the poisoned apple, A Brothers Grimm tale of spinning and pinning fabric into gorgeous gowns for a thankless old king until, one day, you wake to find you have spun your life away in the weave of those frocks.” With this author we are never far from the sewing metaphors. The working relationship Kat develops with Silvia is filled with moments of heart-wrenching pathos that never tip into the maudlin.

The fact that Kat comes at the world of fashion on her own terms and has the strength to steer true and clear through the often turbulent waters, makes her an endearing protagonist. She fights the moral battles that matter, so that even the most fashionably challenged of us can identify with her struggles and feel triumphant as we come to the book’s conclusion. Silk for the Feed Dogs is a stellar accomplishment – get it, read it, you won’t regret the indulgence of silk against your skin. 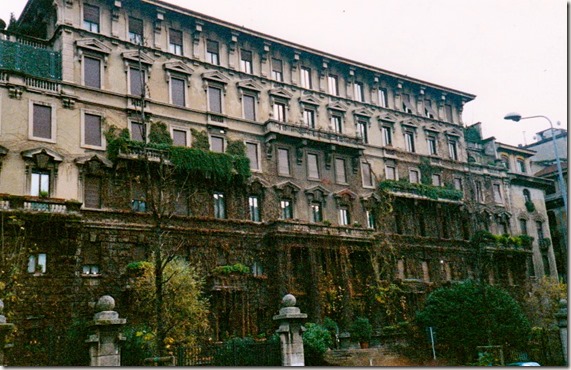 Thank you Jackie for this fabulous guest piece and the wonderful photos to go along with it.

You can pop over to Amazon by following the link to purchase Silk for the Feed Dogs. Just click here!