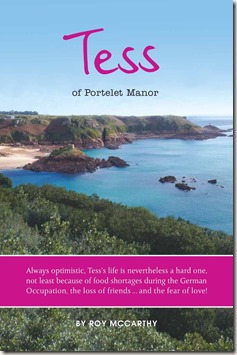 I’m an long-time follower of  Back on the Rock, Roy McCarthy’s blog. Seeing his posts pop up in the WordPress reader, his icon on my like bar or accompanying a thoughtful comment has become part of my blog world. I read Roy’s book, Tess of Portelet Manor, last year and when I had the idea for this location series, I knew that Roy would be a great guest. His novel simply drips with Jersey location.

Take it away, Roy. 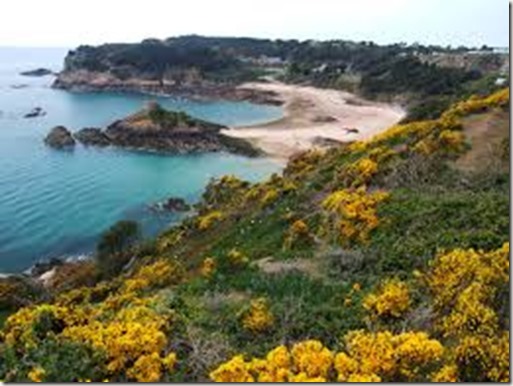 Jersey, lying in the bay of St Malo within sight of France but belonging to the English crown, is a fortunate isle. Sloping gently north to south it is regaled by our unofficial national anthem as ‘Beautiful Jersey, gem of the sea.’

Today it is a busy, cosmopolitan place with the problems that come with being a relatively prosperous community on a finite land mass. Finance is the mainstay of the economy, but this wasn’t always the case.

Come with me to the west of the Island and imagine you have stepped back 80 years in time. It’s not so very hard to do. The golden beaches where Tess used to walk with her best friend Lucille, collecting shells for her mirror frames and the places she courted Robin are still there.

You may still climb the steps cut into the cliff and find yourself on lonely Portelet Common, a myriad of colour during summer, wild and swept by wind and wave in the winter. Find yourself there on a misty day and you may see Tess’s cottage. I saw it. Or maybe it was just my imagination. 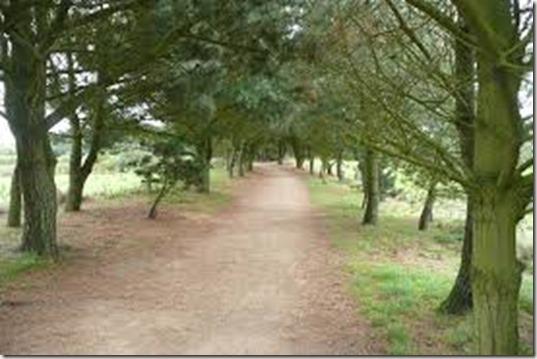 Walk the few gentle miles along the Railway Walk from Corbière to St Aubin, the breeze playing in the pines. Close your eyes and visualise the steam trains that were once part of everyday life.

Watch now in horror with Tess as her beloved island is captured and overrun by soldiers of the Third Reich. They come in their thousands to build the Atlantic Wall, tearing up coastline and countryside, leaving their ugly handiwork as a monument to naked greed and ambition. For five long years the islanders can only accept their fate and give thanks that it wasn’t worse.

Rejoice now with Tess and her friends as the Allies liberate the Island and the people are left to rebuild their little corner of the world. But it is impossible to destroy all that concrete, those ever-present reminders of a cruel occupation.

How easy it is to write a story of Tess and her times. And how emotional to be able to give a reading from that story, deep in the German Command Bunker at Noirmont Point, during the 2013 Liberation celebrations.

Roy has written a number of interesting posts about the island of Jersey and his endearing character, Tess. Here are links to just a few.

An interview with Tess

An early autumn stroll around the island of Jersey

The final liberation of the Channel Islands.

Tess, the main character of McCarthy’s novel, is a woman with an abundance of grace and courage in the face of adversity.

The author takes the reader on a journey through a period of history that would test the most stalwart. A young woman named Tess comes to realize her true measure as she faces up to the challenges of being on her own, on the island of Jersey, during the German occupied years of World War II.

The book has a distinctive feel. Almost as if McCarthy had access to Tess’ journals and then sat down to retell her story. This becomes evident in the multitude of details given. The reader is easily able to imagine Tess’ life and empathize with all the ups and downs, both small and large. McCarthy writes Tess as a woman most people would love to know – selfless in a way that is admirable, but not unaffected by her own flaws.

The Jersey landscape is lovingly described. Anyone who reads this book will want to travel there someday. For those readers too young to know anything of the deprivations of the War years, the book will leave them wondering – what on earth would I have done in such a situation? And for those needing inspiration to get through tough times, Tess’ grace and courage in the face of adversity provides an admirable model.