When it comes to writing, as many of you know, I’m a dyed-in-the-wool planner. I take numerous notes. I do character sketches and story arc outlines. I create setting maps. I plot my stories out on a huge story board and I track story events on calendar pages. I outline chapter by chapter with post-it-notes for every scene. You get the idea. 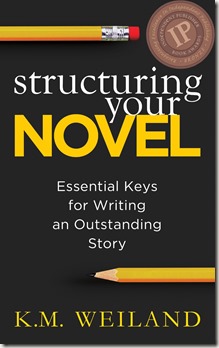 What I haven’t spent a lot of time thinking about is a workable overall structure for a novel. I’ve been reading Structuring Your Novel by K.M. Weiland. This little book is a great resource. Weiland writes about a novel in three vital acts.

The first act introduces the main characters and what’s at stake for each of them. It ends with the first plot point in the various characters’ story arcs. This is the moment when the set-up is over and the characters are committed to moving forward in a certain direction.

By the third act the story is steaming ahead. This act is what everyone has been waiting for – the characters, the readers, even the author – what the entire book has been building towards. The final plot and pinch points are the game changers. Character arcs are completed, the story climax happens and all is resolved one way or the other.

There you have it – a tidy little plan. I’m finding this structure helpful as I slot story action into a preliminary outline. 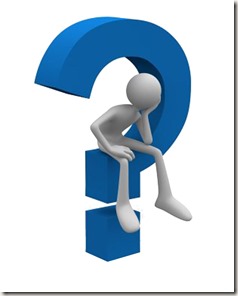 I’ve also been asking myself a lot of questions. That’s how my writing day usually starts. I review some of my notes from the day before and then I ask questions of the material and seek to answer those questions before I move on.

Today’s questions were related to notes I made yesterday on the major events of the novel:

2-D – the reader will occasionally hear these characters thoughts. These characters have story arcs in their own right but those arcs serve to strengthen and add depth to the storylines of the main characters.

1-D – these characters are in the story to support the storylines of the other characters. They are never the point-of-view character.

As I sit here and amass pages and pages of notes that will hopefully move me to the spot where I actually start to write, I’m curious about how other people get ready to write a novel (or any piece of fiction for that matter). How does my writing process strike you? Do you structure your work along the three act system or employ a different template? How do you sort your characters? Do you actively question your work as you go? Do you outline at all?

28 comments on “Story-Planning: Does it Justify the Time Spent?”