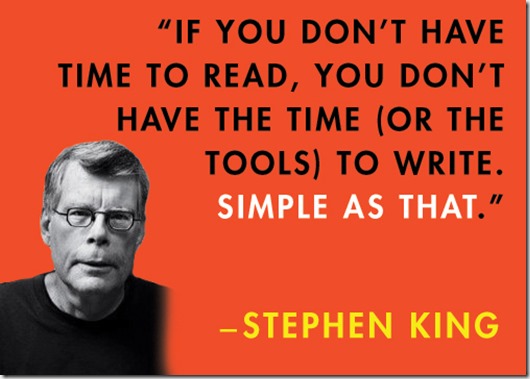 Scroll down a few writers’ Facebook pages and before long you’ll find a Stephen King meme with his words of wisdom about writers needing to read. If you don’t have time to read, you don’t have the time (or the tools) to write. Simple as that. I wholeheartedly agree with the King.

Depending on the type of writing projects I’m involved with, the amount I read ebbs and flows. But I am always reading – more so when I’m in the final stages of editing, less so when I’m actively creating and constantly when I’m on a writing hiatus.

I recently discovered Joseph Flynn and his crime/drama books. I read all three of the books in the Ron Ketchum series. Ron used to be an LA cop who retired over some events that had him looking like your typical white cop gunning down blacks. He actually calls himself a recovering racist. He ends up being recruited by big time movie star and Mayor of Goldstrike (a beautiful little town in the Sierra Nevada Mountains), Clay Steadman, to become Goldstrike’s new Chief of Police. Nothing much ever happens in Goldstrike, until, of course, it does. Flynn writes good stories with great character development.

Flynn is a sneaky author. In book two of the Ron Ketchum series, he introduces Bureau of Indian Affairs, Special Agent John Tall Wolf. I became hooked on John’s character and it just so happens 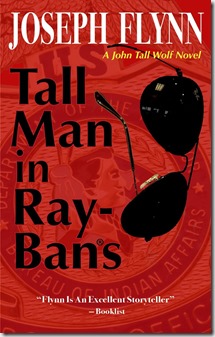 that Flynn has written another series devoted to Tall Wolf. The first has a great title – Tall Man in Ray Bans. These books feature multiple US government acronym agencies mixing it up together to solve crimes that all have a slight Native American twist. The hook in the Tall Wolf series is John’s belief that Marlena Flower Moon, his BIA boss, is actually Coyote, a mythical creature with great power – a southern US version of trickster raven. She tried to eat him when he was a baby and she’s never given up trying to get him.

Joseph Flynn has published both traditionally and is currently self-publishing from his own imprint, Stray Dog Press.

Another recent read that led me to a series is The Devil’s Grin by Annelie Wendenberg – book one of the Kronberg Crime Series. Free on Amazon as I’m writing this post, this novel has over 600 reviews! The novel’s premise fascinates me and I marvel at the creativity of other writers. Main character, Anne Kronberg, wants to be a doctor in a historical era when a woman in the field of medicine would be arrested. She disguises herself as a man, becomes Dr. Anton Kronberg, England’s best bacteriologist and lives her dream. The fun begins when she is called to a crime scene involving a man found in the London waterworks who is suspected of dying of cholera. There she meets Sherlock Holmes. The book races on from that point in the best Holmesian fashion. 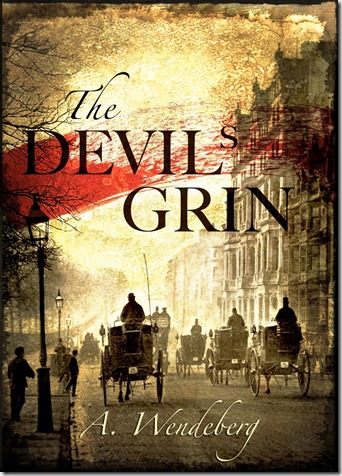 I have just started the second book in the series and must pause to wonder and, as the writer of a series, ask myself the same question: why, when authors write the second book, do they seem to lose sight of what readers loved in the first book? Wendenberg’s writing magic came in the interchanges between Holmes and Dr. Kronberg. I am at the 36% mark of book two and Sherlock has yet to arrive. Hmmm … I’ll keep reading because I am hooked but if Holmes doesn’t show up soon, I am unlikely to be thrilled about continuing.

I’ve written before about author Dan Simmons. Not too long ago, I finished his newest novel, The Fifth Heart. As always, with Simmons, he writes with a wide-reaching net and a stunning catch ensues. It is 1893 and author Henry James meets Sherlock Holmes in Paris as James is about to throw himself into the Seine and end it all. Sherlock convinces James they have other fish to fry and the two of them are off to Washington, DC to thwart an attempted presidential assassination. A side trip to the Chicago World’s Fair is fascinating. But, as reviewers are wont to say, Simmons is in love with his own research and the book might have been better for a bit of trimming. But this is Dan Simmons and you get what you get and you don’t get upset. There is enough brilliancy to make any indulgence fade to the background.

Still on the Simmons bandwagon, I also read, Darwin’s Blade. This novel is fast-paced with amazingly funny dialogue. Darwin Blade is an accident scene investigator, a complex man who is haunted by his Vietnam battle experience and some harsh personal losses. I couldn’t put this one down.

So, there you have it – a writer must read and believe me, I do. My tastes are eclectic. If I love an author, I’ll always give their next book a go. My attention is often caught by a book’s blurb. Once caught, I’ll give the book a try regardless of genre or author recognition.

I’d have a hard time ever calling myself an expert writer – no matter the number of books produced or hours spent writing. I believe there will always be just too much to learn. But I am quite confident to say I am an expert reader. With an easy 10,000 hours of practice under my belt, I’ve attained professional status, as Malcolm Gladwell defines such things.

19 comments on “Writers Must Make Time for Reading”