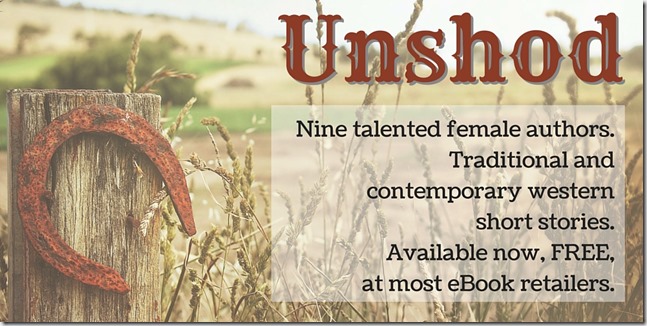 “Short stories consume you faster. They’re connected to brevity. With the short story, you are up against mortality. I know how tough they are as a form, but they’re also a total joy.” – Ali Smith

A couple of months ago, I was invited to contribute a story to an anthology being put together by eight, talented women authors – Jan Morrill, Pamela Foster, Staci Troilo, Joan Hall, P.C. Zick, Michele Jones and Lorna Faith. I would be number nine. The theme was western stories. That stopped me in my tracks. What came to mind was the old west, gunfights and cowboys. I certainly had nothing along that line. Upon further inquiry, I discovered the organizers were looking for an out west theme – era open. West coast got me in the door and my short story Helplessness made the cut.

An anthology of traditional and contemporary western short stories where the characters are lain bare. Nine female authors pen western tales that you’ll want to retell around a campfire. These aren’t your granddaddy’s westerns. They’re the next generation’s, and they’re darn good.

Unshod is free for your reading enjoyment through the following e-book vendors:

I hope you’ll download this free book, enjoy the read and maybe even feel inclined to write a short review.