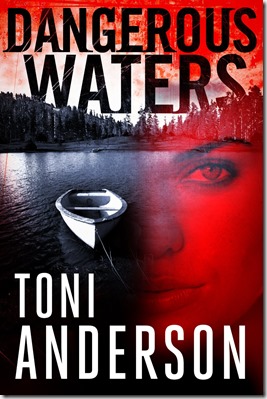 What a treat and honour this month, to welcome author Toni Anderson to my blog. She is a best selling New York Times and USA Today author.  The location of her novel, Dangerous Waters, coastal Vancouver Island, immediately caught my attention and I knew I wanted to give it a read. I’m so glad I was along for the roller coaster ride this thriller turned out to be. So, without further ado . . .

Take it away, Toni.

I have a thing for the ocean. When I stand at the edge of the water, watching the foam that marks the end of a long journey I can’t help but wonder where it started. Out there in the ocean somewhere, as an eddy, a current. A wave that can become anything, from a great rolling unstoppable mass capable of wiping out entire towns, to a gently dissolving hiss of bubbles at my feet. All that ocean, all that power, pounding at the land, beating it, shaping it, and shaping the lives of the people who live beside it. 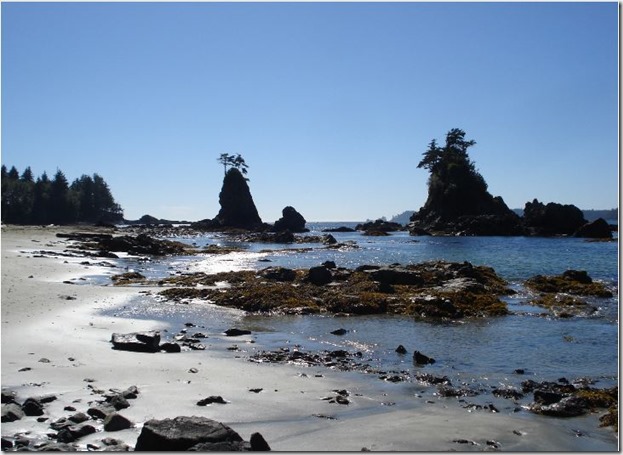 My ocean obsession started when I was just a toddler running around a beach in North Wales, swimming in the frigid waters of the Irish Sea, chasing shrimp around rockpools. It continued throughout university where I spent a year cataloguing the rocky shores of the Isle of Man and learning the secrets beneath the waves. Somehow it became my first career, and I assumed, (wrongly), that I’d always live near the sea. Instead, I ended up dead-center of the North American landmass.

Being married to a fellow Marine Biologist means I still get to visit the ocean on a regular basis. One of the most memorable trips was a drive across Canada to this remote outpost called Bamfield on the western edge of Vancouver Island. It’s a small, tight-knit community that relies very much on the sea. The beaches are incredible, the ocean sparkles a deep sapphire blue. The wildlife is stunning. As soon as I walked through the quiet woods, as soon as I heard the local gossip and intrigue, saw the RCMP boat at the dock, I knew I had to set a story there. Several stories. I’m a big believer that location does more than set the stage. It isn’t window dressing. It should provide almost an emblem of the story you are trying to write. That’s what I try to do—who knows how well I succeed!

Thanks so much for having me, Fran.

A steamy-page-turning thriller of a book.

I enjoyed this book for a number of reasons. First and foremost – Anderson depicts Vancouver Island, BC and our Royal Canadian Mounted Police with accuracy. Certainly, this is not always the case. Half way through a book I read recently, setting – Ontario, Canada – the provincial police worried that the FBI would step in and take a case from them. Excuse me?

I live in a rural Vancouver Island community and Anderson’s tone, though amped up a few notches for read-ability and adventure, feels right. Consider her description of the local bar in her fictional, west coast, Vancouver Island town. “The place was rough as shark skin. Dark, dingy, the faint whiff of weed hanging in the air. Enough faded denim and scuffed leather to start a Hells Angels clubhouse.” Believe it! 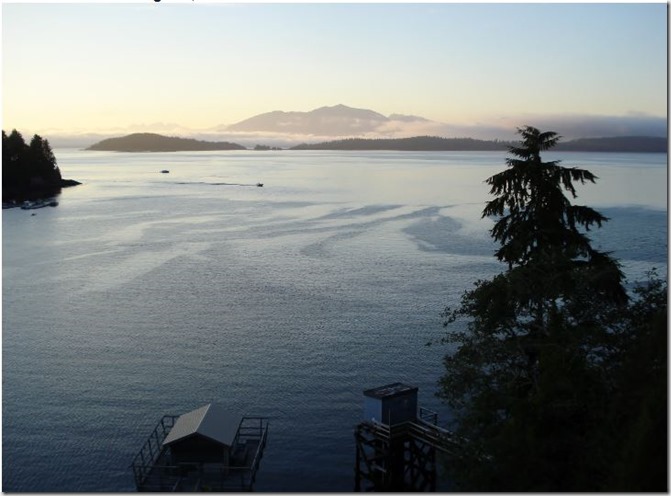 Anderson has a way of making comparisons sing. “A black cormorant sat in judgment on the end of the pier.” Or this, “Disquiet crawled over her skin in size twelve boots.” And two of my favourites, “. . . knowing sleep was as elusive as a five-legged goat . . .” and “. . . she now felt as stiff as a pine tree in an Alaskan winter.”

Anderson is obviously a seasoned writer who knows what her audience wants to read. Her book is in the romance genre and as other commenters have stated, that genre has definitely gone the route of including steamy sex scenes. I am of the school that prefers sex in the white spaces of the pages but it’s no problem to skim over such sections. I wouldn’t avoid a great book on such a small point of personal reader preference. But even into this area, the author brings her wonderfully fresh way of describing things. “Energy sizzled between them. A sudden wave of sexual awareness mixed with mutual mistrust, a subtle perfume of complication.” Or this, “. . . blonde hair ruffled into untidy spikes that made her think of tangled sheets and bedrooms.” Whew.

Anderson brings Sergeant Holly Rudd, her main character, to vivid life and though Holly is a woman determined to make good in what is still a men’s league, she doesn’t let that get in the way of the fact that she is a woman. She’s good at her job, she’s tough, but she’s human, too.

Male lead, Finn Carver is the personification of a complicated guy. His name glints off that of his friend’s, Thomas Edgewater – carving and edgy – like this story. Read this line and you’ll see what I mean. Finn and Thomas are on a night dive to explore a sunken ship. “Shadows swarmed through the water, schools of fish darting in and out of the beams like flashes of sunlight off the edge of a blade.” Superb foreshadowing – let me tell you – no, I won’t – you’ll have to find out for yourself.

Back to Finn’s complications – when you think of Finn, picture a coiled up rattle snake and you might get the idea. Just don’t step the wrong way.

These two characters are on a crash course for one another and though the sparks are inevitable, the ending between them is something most readers will find they want to believe despite the inevitable scepticisms.

First and foremost, for me, this book is a thriller and wow does it thrill. Anderson does a masterful job of stringing out the multi-layered mystery she has created. Try as I might, I did not get to slide the last piece of the puzzle into place until Anderson was darn good and ready for me to get the full picture.

If you want to read a great thriller, chock full of Vancouver Island atmosphere, this book is for you. If you like a bit of steamy sex along with the thrills and chills then you’re in for a double treat.

Dangerous Waters is the first book in the Barclay Sound Series. You can also check out the second book, Dark Waters. You can visit New York Times and USA Today bestseller author, Toni Anderson at her webpage or Facebook.